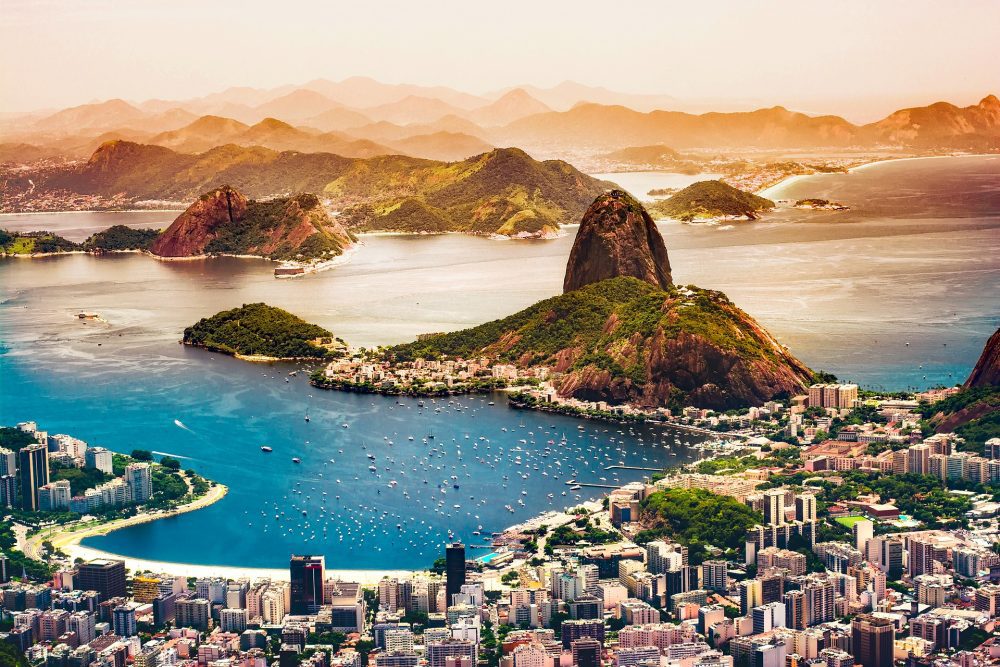 Around 76% of the Brazilian population has access to the internet. In 2022 there were 162 million internet users in Brazil. They plan to increase that number to 185 million by 2026.

Brazil is the biggest country in South America and the only country to speak Portuguese in this region.

They are most famous for their Carnaval festivals, their huge success in soccer, and the capoeira dance.

This is also the land where the mighty amazon river flows. Is their internet just as good as what they are famous for?

We will also talk about some of their internet providers and compare the prices between those providers.

The Internet in Brazil has improved a lot over the years. There is a big difference between Mobile Internet and Broadband internet. We will talk about both of them separately.

Their average latency is also fairly low at 29ms.

Broadband internet in Brazil is much better than their mobile internet.

They are ranked 35th in the world with download speeds that can reach up to 85.25 Mbps and upload speeds up to 41.93 Mbps.

Their latency with broadband internet is incredibly low at 5 ms.

Imagine playing games with this low latency. It would mean so much smoother and sweeter gameplay and gaming experience.

The National Research center was formed by community academics of Rio de Janeiro and São Paulo in 1988 and launched the internet in Brazil. They were ranked number 5 in the world with nearly 89 million internet users in brazil connected to the internet. This was 45% of the population of brazil.

In 1998 the government privatized the internet-providing company Telebras and so the competition for customers started. This competition resulted in improvements in costs, quality, and availability of internet for the Brazilians.

ADSL internet was tested successfully in 2000 and they were reaching speeds of 256 kbits/s download and 128 kbits/s uploads.

By November 2005, some cable companies were offering 2, 4, and 8 Mbit/s access for the same price as 512 kbit/s ADSL connections.

In April 2008 the Broadband in Schools program was launched to benefit 37 million students by bringing high-speed Internet access to 64,879 urban public schools by the end of 2010.

In 2009 a lack of sufficient infrastructure for the Telefônica (Speedy) ISP led to periodic service failures in some areas.

Sales were suspended by the Brazilian Agency of Telecommunications (ANATEL) until a process of major infrastructure expansion and rejuvenation was completed.

In 2010, broadband Internet access was available in 88% of Brazilian cities, surpassing all expectations for its expansion.

By 2016, it is expected that the Internet will have 57% of penetration in Brazil.

In 2020, the total of fixed broadband subscriptions was more than 33,6 million.

Also, there are statistics from 2020 that show that 58% of the country’s population access the Internet solely through their smartphone, a number even higher in the lower-income classes.

Plano Nacional de Banda Larga (the National Broadband Plan) was a Federal Government initiative whose main objective is to massify broadband internet access in the country, especially in regions that lack this technology.

Below you can see the figures of expected growth in Brazilian broadband penetration:

The graph below explains the relation between population growth and expected broadband penetration over the next 8 years:

Telebras is a Brazilian telecommunications company that was the state-owned monopoly telephone system. It was broken up in July 1998 into twelve separate companies, nicknamed the ‘Baby Bras’ companies, that were auctioned to private bidders. The new companies were the long-distance operator Embratel, three fixed-line regional telephony companies, and eight cellular companies.

In Brazil, Claro was launched in 2003 with the merger of América Móvil-owned operators ATL serving the states of Rio de Janeiro and Espírito Santo.

Algar Telecom is a Brazilian telecommunications company present in the states of Goiás, Mato Grosso do Sul, Minas Gerais, Paraná, Rio de Janeiro, Rio Grande do Sul, Santa Catarina, São Paulo, and in the Federal District as well. The company is the only operator that remained private, even after the creation of Telebrás in the military regime, and it is characterized as the fifth-largest company in the telecommunications segment. It serves more than one million and four hundred thousand customers – individuals, micro and small businesses, corporate customers, and carriers.

Read about internet in Suriname.

In conclusion, we can see that Brazil started its internet journey in 1988 and came a long way ever since.

Because their country is big and land mass it becomes difficult to serve all areas and therefore a governmental provider took it upon them to provide internet nationwide for as much as possible and as cheap as possible.

Internet speed is still on the lower end for most of Brazil’s internet users but with private internet providers, there are options to have better speeds and a more expensive price.

Brazil will continue to invest in their internet so they can serve more internet users.

What does pfp mean?

How do routers create a broadcast domain boundary?

Why You Should Not Game on a Wi-Fi Connection

Block Any Website On Your Computer, Phone, or Network