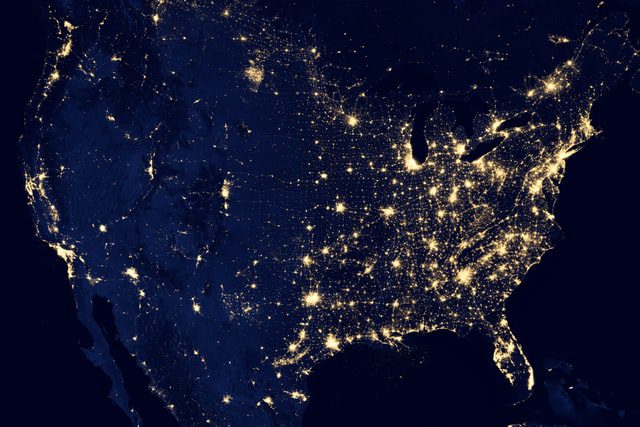 The internet is a network of computers connected to each other and communicating with each other.

Ever since the internet was founded on January 1st, 1983 there has been continuous development to achieve higher speeds. It never felt like it was good enough, and we always wanted faster internet speed, Can you relate?

The country with the fastest Internet speed in 2021

According to the latest benchmark in October 2021, the country with the fastest internet is the United Arab Emirates.

The 2 most popular cities in the United Arab Emirates are Dubai and Abu Dhabi. Their internet speed reaches up to 238.06 Mbps, which means that you could download 30 Megabytes in just a second.

To illustrate how fast this is, just think of downloading 10 songs in just a second, Now isn’t that just awesome? This is a great achievement considering the exponential growth that they have had since 2018.

They started investing in their internet and taking the lead with 5G technology because they believe that the internet is no longer a luxury but a necessity. Especially with the COVID pandemic. People started to work from home and fast internet is an important factor if they wanted to keep their productivity up.

We know you are curious enough to know about the top 10 countries that are dominating the world with their fast internet speeds.

Therefore, we have listed them here for you with their internet speeds. Is yours also in the list?

The country with the Slowest Internet speed in 2021

Sadly, there are still countries with a very slow internet connection in 2021.

The country with the slowest internet speed is Cuba. Their internet speed reaches up to 4.01 Mbps. That means that Cuba can download up to 0.5 Megabytes per second.

The reason for their internet speed has a lot to do with the fact that there is an Embargo between Cuba and the USA.

Most countries are connected with each other using undersea fiber optic cables. Some have more than just one cable, so if one may break, there is always a backup.

The more cables, the more traffic a network can carry. The longer the cable, the longer it takes for data to travel from one place to another.

Cuba is right now connected with only one cable to Venezuela and that cable is 1600 Kilometers long. Therefore, this is the main reason why Cuba their internet speed is very slow.

We will now also provide you with a list of the top 10 countries, having the slowest internet.

Don’t feel too bad because we are in a digital revolution where faster internet speed is becoming more a demand than a luxury.

What country has no internet?

Would it shock you if I told you that there are countries without or with limited internet?

Yeah, even in 2021 there are countries that struggle to provide internet for their citizens.

Can you imagine a world where that is possible?

There are 13 countries that limit or do not allow the use of the internet because the users will get too much information.

Here is a list of countries that limit the use of the internet:

You probably wonder why these countries have limited or no internet, and the number one reason why is because of censorship and control.

Their government is limiting the information that people can publicly access online and therefore control the behavior and thinking of their citizens.

Most of these countries have either blocked or used filters on social media sites to limit people’s interaction and the share of ideas.

In China, for example, Google is blocked. In Vietnam sites that are against the government, topics on religion and human rights.

In Iran, they use speed throttling to frustrate internet users and limit their communication.

Some countries use high prices to filter out citizens that can access the internet.

You can’t use the internet if you cannot pay for it, right?

Some of these countries are slowly decreasing their limits. This is mostly because the people are oppressing and forcing the government to let go of their restrictions.

Another reason why these limits are being decreased is that new leaders take charge of these countries, and they slowly let go of the old ways of ruling countries.

We conclude that the internet is not a luxury anymore but a necessity.

There has been great progress with internet speeds to ensure that productivity stays up even when we couldn’t work together as we used to before the COVID pandemic came along.

We have also learned that there are still countries that struggle to provide a fast connection for their people because of many factors.

We also learned that people are limited from using the internet and content because their government is controlling the information that is being shared, so they can control the behavior of their citizens.

We believe that the internet should be available for everyone and hope that the gap between the fastest and slowest connection worldwide decreases rapidly, so we can all enjoy living in this digital age and reap all the benefits we can get.

What does pfp mean?

What is Native Advertising and How Does It Work?

How to get a job at NASA

What powdered drink did nasa make famous after it was sent into space?